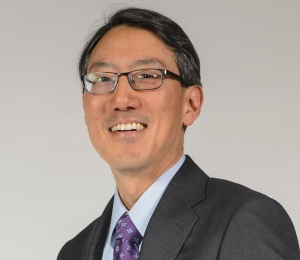 James Kwak does a bunch of different things. He is currently writing a book about the failings of the criminal legal system and doing volunteer policy work for a political campaign. He is also the chair of the board of directors of the Southern Center for Human Rights and a freelance cellist who plays in the New England Symphony Orchestra and the New England Repertory Orchestra.

James is a fellow at the Center on Community Safety, Policing, and Inequality at the UConn School of Law, where until earlier in 2022 he was the Jesse Root Professor of Law. His most recent book is Take Back Our Party: Restoring the Democratic Legacy, available for free online at The American Prospect. He previously wrote Economism: Bad Economics and the Rise of Inequality, on the influence of simplistic economic ideas in contemporary American policy and politics, and co-authored two books with Simon Johnson: 13 Bankers: The Wall Street Takeover and the Next Financial Meltdown, a New York Times bestseller chronicling the rise of the financial sector over the past three decades; and White House Burning: The Founding Fathers, Our National Debt, and Why It Matters To You, a Wall Street Journal business bestseller analyzing government deficits and the national debt. He has published academic papers in a wide range of fields including retirement savings, social insurance, regulatory capture, corporate law, and the taxation of capital income. James was a co-author of The Baseline Scenario, for several years a leading blog covering economics and public policy. His articles have appeared in many publications, including Democracy, The American Prospect, Washington Monthly, Finance and Development, The New York Times, The Washington Post, and The Los Angeles Times, and on the web sites of The Wall Street Journal, The Atlantic, The Huffington Post, NPR, Foreign Policy, and The Financial Times. James has an A.B. in social studies from Harvard, a Ph.D. in history from the University of California, Berkeley, and a J.D. from the Yale Law School. Before going to law school, he co-founded Guidewire Software. He lives in Amherst, Massachusetts, with his wife and two children.

I grew up in a suburb of New York and spent most of my high school years playing cello. (I was a student at Juilliard prep, where I was one of two winners of the Pre-College Award.) I went to Harvard, where I majored in social studies and again spent most of my time playing cello. In my senior year I was the music director of the Bach Society Orchestra. (My good friend and predecessor was music director of the New York Philharmonic for eight years.) After college I went to Berkeley, played cello some more, and studied European intellectual history. While in graduate school I lived in Paris for a year, spent a summer in Berlin, and spent another summer in Southern Italy as a writer for the (now-defunct) Berkeley Guides. I also became interested in economics and took several graduate classes, including microeconomic theory, industrial organization, and mathematical economics (with Bob Anderson, who prefaced the final exam with a quotation from a Wagner opera). Most importantly, I met my wife in an economics class.

After Berkeley I worked for McKinsey in New York and San Francisco, with clients in investment banking, computer services, semiconductors, and software. (I did not consult for opioid manufacturers, the South African government, ICE, or any companies in bankruptcy.) My last client, Ariba, was one of the hottest companies of the Internet boom, and when they offered me a job, I took it. After the bubble collapsed, I moved to Massachusetts, where my wife became a professor, and co-founded Guidewire Software. Despite having the best job in the business world, I left in 2008 to go to the Yale Law School, where I started blogging, wrote a book, and went to class in my spare time. I graduated in 2011, and became a professor at the UConn School of Law—despite working on exactly zero journals, working as a research assistant for exactly zero law professors, and clerking for exactly zero judges. Around 2014, I started playing cello again, and now play in two orchestras primarily composed of professional musicians.

I gave up my job as a UConn professor at the beginning of 2022. Among other things, I am thinking of getting a master’s degree in music performance, becoming a software developer, or writing books about early modern European history.

My favorite sports team is SSC Napoli and my favorite television show is Buffy the Vampire Slayer.

Letter to Treasury Secretary Janet Yellen: In Support of a Price Cap on Russian Oil Exports